We had to dash to the vet again last night.

An emergency. Mum practically had the lights flashing. Bells, whistles and alarms.

And no. Before you think the worst, it wasn’t me. It was the big boy.

He had a boo-boo on his toesy-woesy. Ahhhhhh. Everyone send roses. 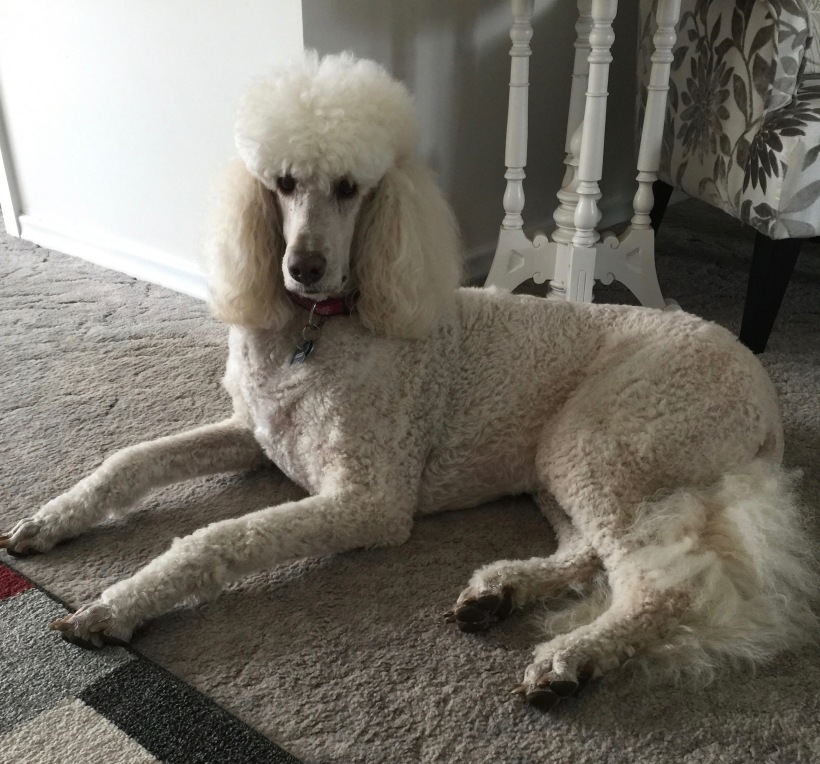 The greatest actor ever known

He just couldn’t bear to have me the centre of attention for a while. He had to try and share it.

So now he is on anti-inflammatories and told only to do little walks. He isn’t even limping today.

I have to admit yesterday it did seem more dramatic.

He was limping a little at the dog park and by the time he got home he wouldn’t put his weight on that leg (should have gone to Hollywood that dog!).

He didn’t eat breakfast and played the ‘I am such a sick dog’ all morning.

At one point he struggled to get to his feet.

He made such a drama of it that Mum and Dad weren’t sure if it was his paw or his joints. He did this funny side-wise motion with his front leg which made it look like he was trying out for a baton twirling competition.

At the end of the day they took him to the village vet.

The vet was so pleased to see me (of course). He commented on my new hair style and said I looked younger than ever. He’s okay that vet. He has very good observational skills.

He examined the boy and discovered his toe was swollen. All those dramatics for a toe. I ask you. I was embarrassed, I’m not sure how Mum and Dad felt but I couldn’t believe all that fuss for a swollen toe. If it wasn’t for the vet giving me treats it would have been a total waste of my time.

Of course as soon as we get back Mum googles things and discovers that there is a cancer standard poodles can get that can start in the toe so she is on toe watch now.

What can you do with her?

Twice a day they squirt these anti-inflammatories into his mouth and praise him for standing there and being so good.

I would be good.

Squirt it in my mouth. It apparently tastes really nice.

If he thinks a sore toe gives him bragging rights over pancreatitis he is sorely mistaken.

I am toe-tally out of sympathy!!