Hi everyone and a huge thanks to those who wrote to me and encouraged me to continue on with my musings, pup rearing tips and tails of triumph 🙂

Despite his diagnosis of heart murmur and fear he would only live a few months Devon, aka Prissy Paws, is still with us and we go gently with him. He still comes into our house and turns up his nose at us. Sometimes I find him gazing at Raffles with what looks like wonder in his eyes. I imagine he is wondering what he is. He isn’t really afraid. He lines up with us for treats and things and Raffy is the perfect gentleman around him. He doesn’t try and get him to play or step on him or anything! 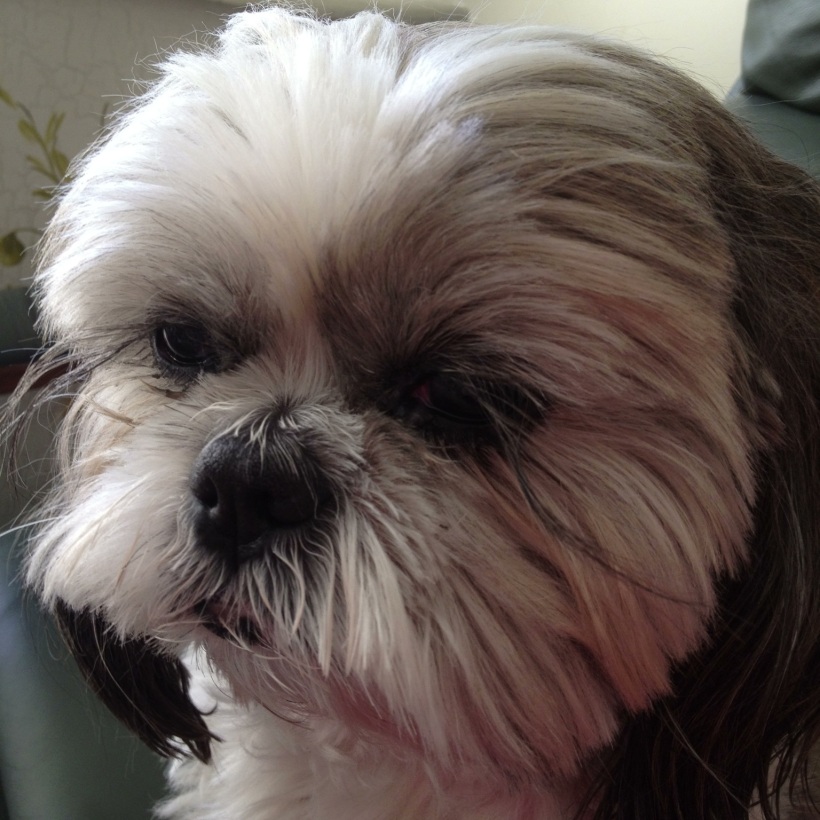 Raffy is a pup no longer. He is now 17 months old and weighs in at 37 kilos. No kidding!! 37 kilos and he may still be bulking up a bit!! I tell you he is a giant. In fact he is literally a giant. In the States there is apparently a category of Standard Poodle called Giant Standards and he fits. That is so typical of my family. Not content with getting a bigger dog they have to get a huge one. Well they needn’t expect me to play with him however gentle he may be. 37 kilos against 12 is just not fair.

Raffles all grown up

We spend most mornings at the dog park. Though of course I don’t go out if it’s wet. I have discovered that there is a plot for the Standard Poodles to take over the village. I warn you all now, it may even be a worldwide threat. Be alert.

When we got Raffles we knew of two other Standards at the park. Then we met Ollie and Rosie. Then Cassie became his bestie. Then Ringo appeared. Then Daisy came on the scene. Geordie and Leo made occasional visits and now there is Paris and Jack as well as Jacques and Coco Chanel. I tell you…… it is a conspiracy.

I occasionally run with the others but on the whole my business is to check the incomers. I particularly object to some of the labradors that dash into our group of pals expecting to grab all the attention and I usually have to tell them off until they improve my manners. The Help stops me doing this but I believe it is an important job. The poodles are just playing and would accept anybody, I am more discerning!

Paris in front, Rosie the red and Ollie the black walking behind.

Paris is one of the smaller Standards and steals everyone’s heart (except mine). They are all taken in by the mooning looks and cuddles. I know she is just manipulating them and whilst all the other poodles run around she hangs about for hugs. Ollie does the same too but he doesn’t make big eyes at everyone like Paris and I quite like him.

Supervising the play from a distance.

Joining in the stick chewing game with Raffy and Cassie

Very, very occasionally I try to play with Raffy but it isn’t easy. Tug of war is no fun at all, one pull and I have to let go. I have been pulled across the floor by him once but I decided it wasn’t that much fun. 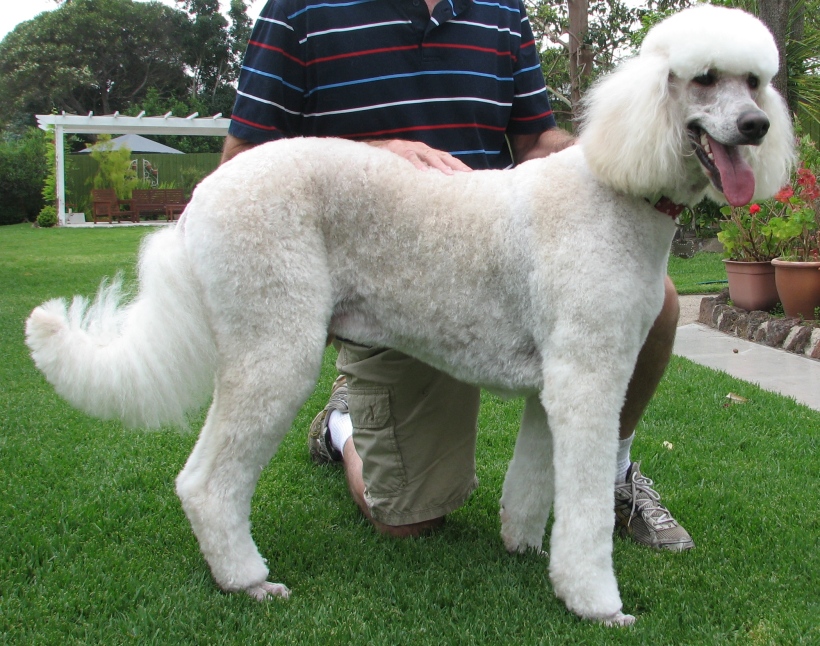 Looking cool in his summer coat

Going out into the garden has become fraught with danger for me. Raffy is always hoping that I will feel like a game of chase. I do occasionally but I have to keep him guessing by not encouraging it too often. When we do I move too fast for The Help to get a photo and it usually ends like this below – a race to the door and my favourite hiding place, under the desk! 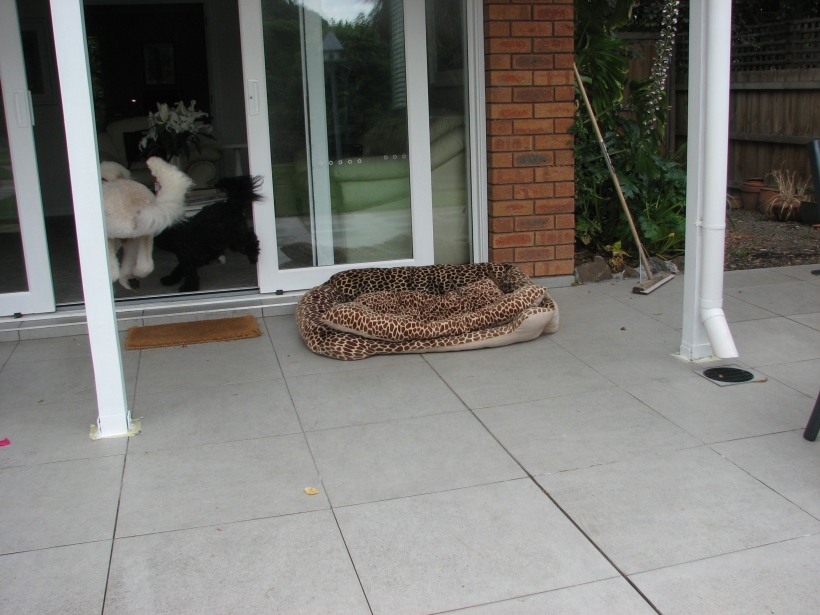 Finally. Made it safely indoors!

The Help wanted to get a photo of us both together so you could see the difference in size, but I was in a very scratchy mood and I usually walk away from the camera. After all, I am a star and I’m not just going to give away my image 😉

Raffles loves the camera and when it comes out he begins to pose.

Whilst our games usually end with me running for cover, we have other ways of making life fun too. Like who gets onto the red sofa first. Usually we share it, but sometimes one of us hogs it and the other one has to lie in the bed on the floor.

The laugh on his face says it all – he got the sofa first.

And despite his size. This often happens at night:

So there we are. A very quick catch up to bring you up to date. I hope I will be back shortly and with luck I’ll be able to keep The Help posting from now on.

With love from Zena, the happy Princess