2013 is away and running and I have a new-look blog for a new Princess. Those of you who started following Zac The All Black know the story. He was a very wise Tibbie. He was a world watcher, the power behind his Beloved and my protector.

He was everything to me and he filled the house with his quiet presence and his fun ways. I went from my Mum and brothers and sisters to my Uncle Zac who became my Mum, Dad, best friend and teacher.

I was the ditzy one. I got to have fun all the time. I played. I didn’t think about anything serious. I didn’t worry about anything. Well I did but I always looked to Zac for reassurance and he didn’t stress so that helped to keep me calm.

I would cry and bark until I got the last chew and he would let me steal it out of his mouth!

I would dash off to the leash free park and run amongst the strange dogs and if I got in over my head it was Zac who came along and put the rough dogs in their place.

When he went OTRB too soon we were devastated and I was lost. 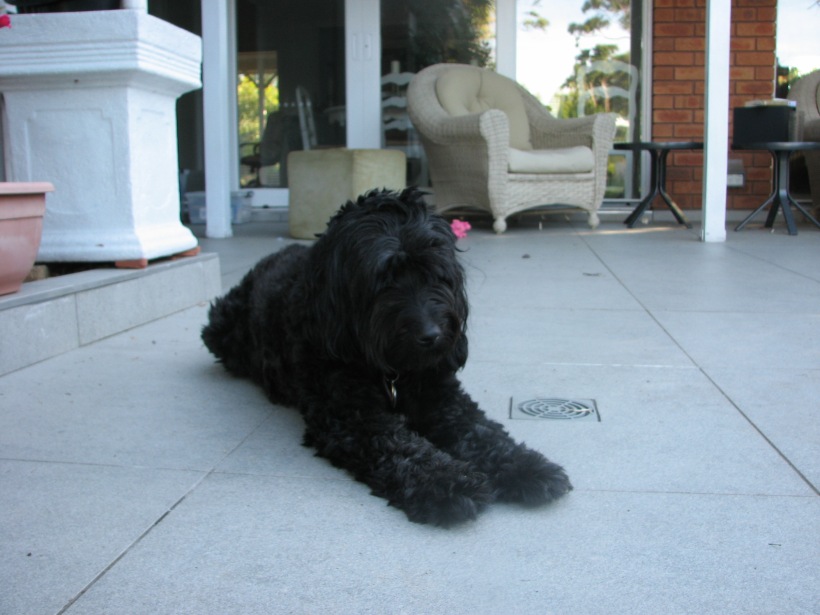 After the first weeks of intense grief passed I still couldn’t leave The Producer’s side. I began to stay in my lovely new bed and only got out to eat.

When we went to the park I would walk with The Producer and keep my nose touching her leg. I wouldn’t play.

When Miss Seven came to call with son number one and his wife I didn’t even wag my tail. I was so miserable.

All of a sudden pain had entered my world and I had never experienced it before. I had lost my innocence.

I feel the pain of Zac’s loss all the time and I always will. I sometimes think I hear him and I remember what he was like and loss fills me and I feel the grief again. It is a constant pain which I am learning to live with.

When he left me I didn’t know where I belonged any more. I knew I still had a loving home, cuddles, food, comfort, walks and all the things to keep me safe but what should I do with my day? Who did I turn to during thunder storms or the long nights alone?

Everything I had known and believed in and lived for had gone.

One thing The Producer couldn’t do was leave me alone. I was very vocal in my distress and she soon realised that I was not destined to be an only dog. I needed company, the furry kind.

And along came Raffles.

Seek and ye shall find! I am there – Raffles, not quite six months looming over me

I admit he isn’t my idea of a puppy. He is almost six months old now and is about four times my size and three times my weight. Playing with him can be a rather overwhelming experience.

But if she thought that by getting me a companion things were going to go back to ‘normal’ she was wrong. It isn’t that easy.

I know The Producer had hoped that the old playful Zena would come back when she got Rafi but I’m afraid that Zena is gone. Once innocence is lost it cannot be regained.

The careless, frivolous, empty-headed Zena who shared her life with Zac has gone. That carefree Zena crossed over the rainbow bridge with Zac.

There is a new Zena in the house. A quieter Zena. A Zena who has had to take on more responsibility and I now find that I am taking on the role that Zac once played with me, though without his wisdom.

When I go out into the garden, Raffles comes too because he doesn’t want to miss out on anything.

When I have a chew Raffles lies in front of me and yips and cries until I turn away and let him have it.

He is often wanting to play and now I am the one running under The Producer’s desk to get some peace!

When we go to the leash free I try and keep up with him and check that he’s okay and not being roughly treated by the older dogs.

I am more careful.

Life has happened. What has occurred cannot be undone and I am not the same.

I am doing well, or at least better.

I am a better dog with Raffles around than without him. When he goes to be groomed I am a wreck until he gets home.

For a while I was his ‘guide’ dog. Because he was anxious in new environments they would take me to places to lead the way and give him confidence – fancy that! That made me feel proud and empowered. I was the brave one. I was the one who was leading the way. I was the wise one.

I am more mature now. I am a Mum in a way. I have responsibilities. I cannot just be the empty-headed perennial pup that I was once. I have had to grow up.

I know that The Producer misses the pup in me. Misses the playful, ditzy, silly Zena who fell off the table and drove her crazy with the squeaky toys!

She misses the Tibetan who sneaked into the bedroom in the middle of the night to join Miss Seven and who was so full of joy that the room would laugh with her.

I just don’t feel the joy that I used to feel, but I am having more moments of happiness.

When the pup and I play in a way that doesn’t involve my being squashed, chewed or jumped on – at those moments I feel a little of the old Zena stirring, and just for a moment I forget the pain of loss and the play absorbs me and I am happy.

Those moments are good and as the pup and I settle in together the good times are increasing.

We often share the same bed and that is nice. We enjoy our walks together and it is good to feel that I have a special pal again.

As Raffles becomes a little more mature and a little more able to control his limbs, playing is a lot less dangerous! So I expect these times of happiness to increase.

Sharing a bed and some comfort from a pal

So I face 2013 as a different Zena. The old Zena is gone and I know The Producer misses her.

But the new Zena is stronger.

The new Zena is able to look out for a puppy four times her size.

The new Zena isn’t afraid of the big dogs at the park anymore because she has one at home!

The new Zena will stare down the big dog and say ‘No, it’s my chew.’

The new Zena is very fit and has learnt to run fast and turn quickly to evade the puppy ‘hugs’.

The new Zena remembers Zac with love. She misses him like crazy and she tells Raffles all about him so he is never forgotten.

The new Zena remembers some of Zac’s wisdom to pass on to the next generation.

The new Zena appreciates what she has a little more than she did and if life has taught her it can be cruel, it has also shown her she can survive and find a measure of happiness. This feeling is different than the joy of innocence that she expressed before but valid nonetheless. 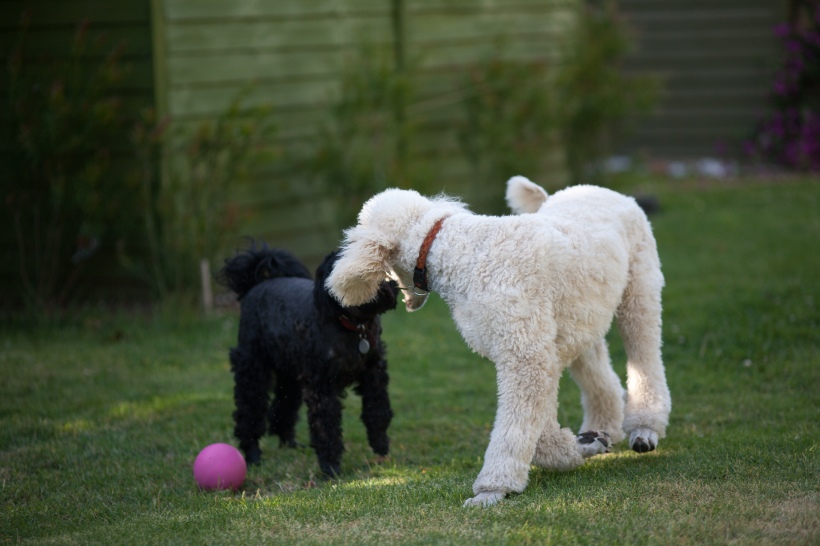 Love from Zena, the New Princess

48 thoughts on “The New Princess”